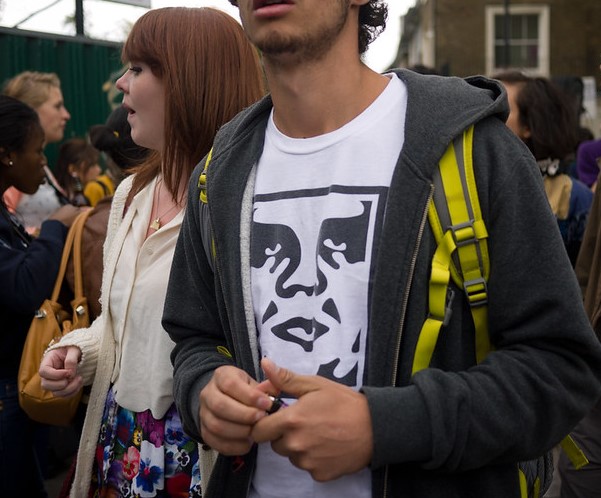 Obey Clothing (stylized as OBEY) clothing company was founded in 2001 by street artist and illustrator Shepard Fairey as an extension to his work in activism. The brand is well known for incorporating politically and socially provocative propaganda into the designs of their clothing.
Shepard Fairy became widely known during the 2008 Presidential election for his Barack Obama “Hope” poster. The Institute of Contemporary Art, Boston has described him as one of the best known and most influential street artists.