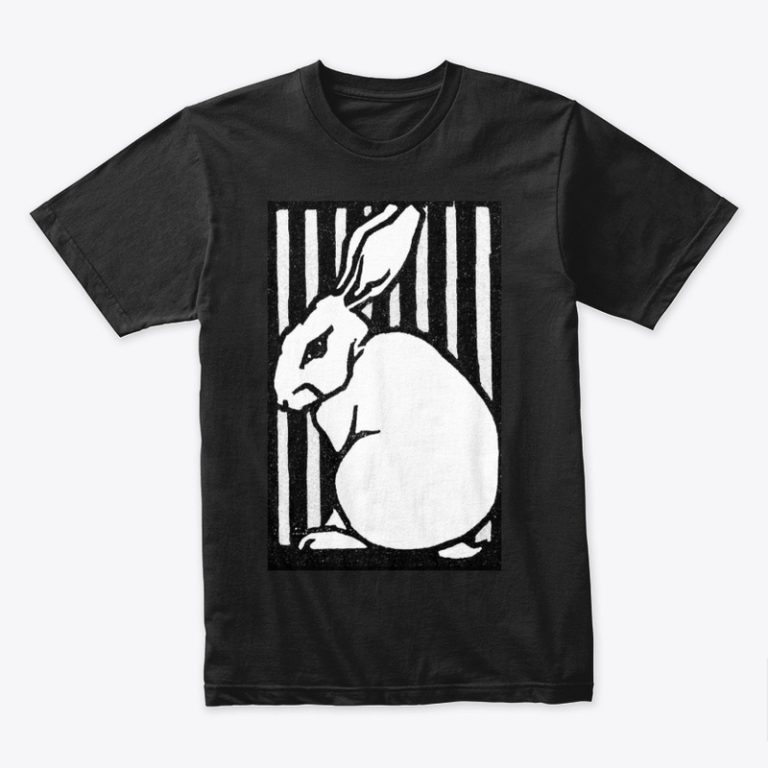 The mean bunny design is derived from a print done by Julie de Graag in 1917. Miss de Graag was born in Holland in 1870. She studied at the Royal Academy of Art in The Hague in 1890. She continued her studies with J.J. Aarts and H.P. Bremmer. Julie would later become the protege of H.P. Bremmer. She began her more stylized style after moving to North Holland and being influenced by Joseph Mendes da Costa and Bart van der Leck.

In 1908 her home burned down and most of her work was lost. She struggled with deteriorating physical and mental health issues through her 20’s. Her work became more and more morbid. She committed suicide in 1924.

I was drawn to her work because the pieces are very simple. Many times with only one or two colors. There is a significant portion of her work that is just black and white. Some of the work is one color and another color that is a shade or two off from the first.

Most of the designs that I’ll use on my t-shirts are minimal in the use of colors. Too many colors can take away from what is being told. The t-shirt needs to speak to a person and tell their story not mine. I’m not the one wearing it, you are.

I will probably use the mean bunny design in some other ways in the future.

The shirt in the picture can be purchased at my Spring store – http://spring.ilovetshirts.co/

I have the design also up at Redbubble and TeePublic.

If you like these types of designs, let me know in the comments below. You can also reach me on Twitter and Instagram. Links to those are in the top right of the page.