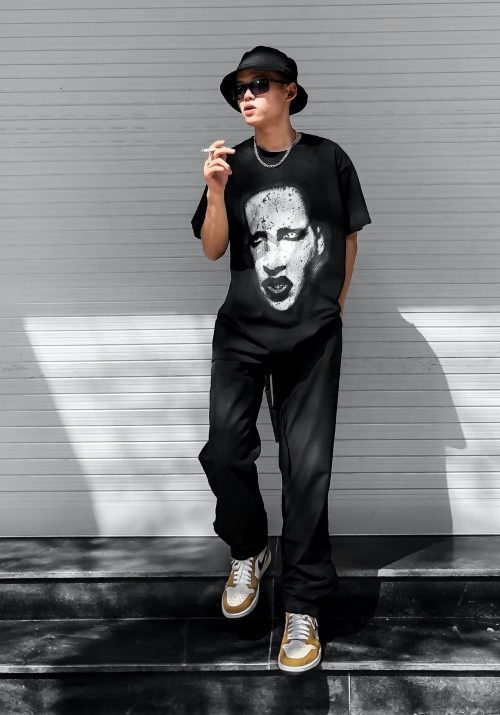 Marilyn Manson, the professional name of Brian Hugh Warner.  He is a record, singer, songwriter, visual artist and former music journalist.   Known as the lead singer of the band of the same name and for his controversial stage personality.   The band was formed with guitarist Daisy Berkowitz in 1989.   He remains the only constant member. The name Marilyn Manson came about by combining the names of two opposing American cultural icons.  One being a sex symbol and a serial killer.

You can find a bunch of excellent Marilyn Manson T-Shirts at their merch store. https://store.marilynmanson.com/