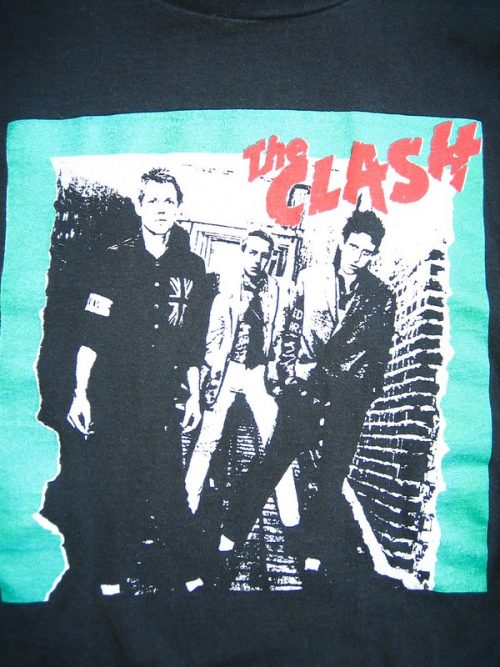 The photo on the shirt is from the Clash’s self-titled album which came out in April of 1977.  The album and was written and released of 3 weeks in February of 1977.  It reached No. 12 on the UK charts.   Many consider it one of the greatest punk albums of all time.

Most of the songs were written and composed by Joe Strummer and Mick Jones.  Notable songs on the album are Police and Thieves, Janie Jones, White Riot, London’s Burning. In addition to Strummer and Jones, Paul Simonon was on bass and Terry Chimes on drums.