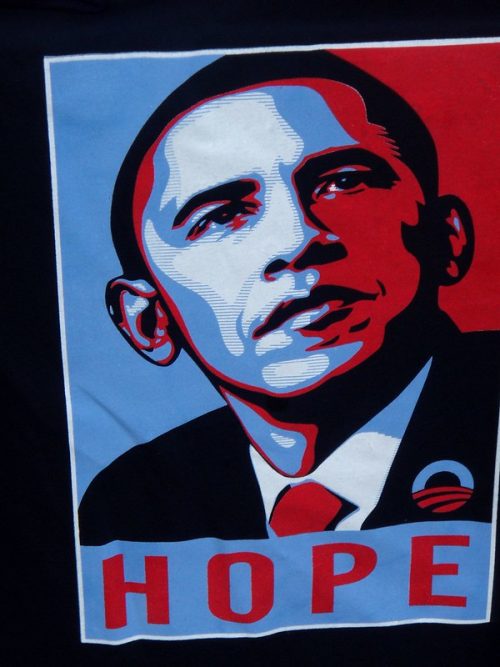 The t-shirt design is from a poster created by Shepard Fairy.  It came to represent Obama’s 2008 Presidential campaign.  The design is a stylized stencil portrait of President Obama in red, beige, and blue.  Other variations have the words “progress”, and “change”.