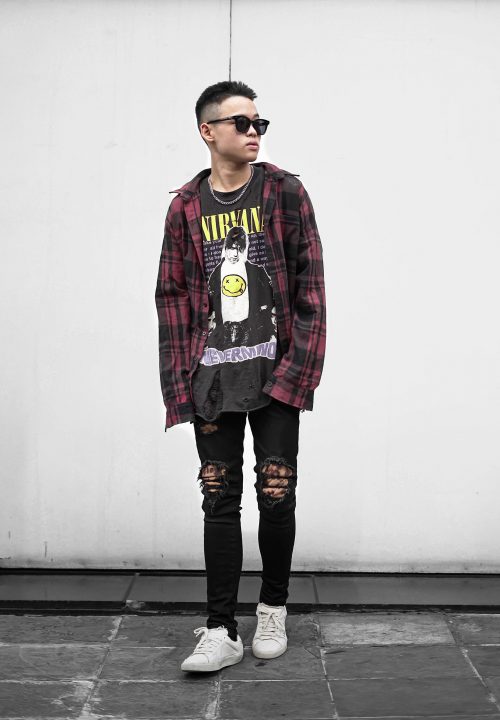 Nevermind was Nirvana’s second studio album.  It was released on September 24, 1991, by DGC Records. The album was produced by Butch Vig and Nirvana’s first release on the DGC.  It was also Nirvana’s first album to feature Dave Grohl. The album cover, which shows a naked baby swimming with a U.S. dollar bill on a fishhook just out of his reach, is one of the most famous album covers in popular music.

The official Nirvana web site has some of their iconic T-shirts as well as masks with the smiley face design.  https://shop.nirvana.com/