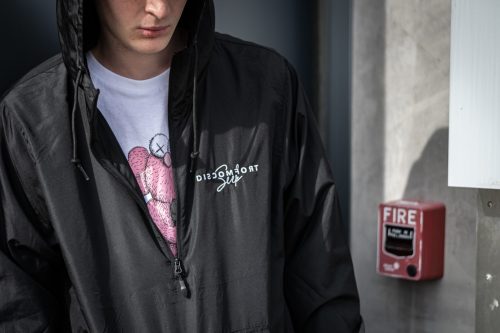 This shirt was originally sold at Uniqlo, but they have been sold out for some time.  You’ll only be able to find the shirt now on eBay or other secondary markets.

Photo by Will Breen on Unsplash